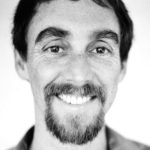 With bizMIX 2019 launching in May, we thought it was a good time to catch up with one of the program’s stars: Haj Khalsa. The inventor and entrepreneur has been involved with the program since before it began—he won an early MIX app competition in 2011 for his Re-Mindful app, the 2012 bizMIX competition for his app Betamapper, and has since become a key mentor in the annual competition.

These days, Khalsa runs Hangtime, and is focused on the launch of a product he invented while skiing: the KOALA, “a smartphone leash for life on the go.” Much of his time in developing the product has focused on understanding the digital spaces where so much of retail and wholesale occurs and focusing on the most effective way to launch his invention.

A big challenge, he says, is protecting the intellectual property. Crowd-funding on popular sites such as Indiegogo and Kickstarter, he says, “is where imitators look for things to come. It’s a perfect platform for them to see where success lies. If they see something new that raises [a lot of money], there’s very little stopping them from launching a product that looks exactly like yours and selling it for half price.” Even with a patent, he notes, “it’s very difficult to stop that.”

Khalsa will share more information and knowledge on this and other topics as the featured guest at morningMIX at 8:30 a.m., Thursday, Feb. 21 at Iconik Coffee Roasters’ Lupé location (314 S. Guadalupe).

He also is a great resource for insights into the bizMIX process, and so we asked him for some thoughts on the accelerator competition and Santa Fe’s entrepreneurial ecosystem. The interview has been condensed and edited.

What’s your advice for folks thinking of entering bizMIX?

I feel like the application process for bizMIX is fairly simple. A lot of what goes into those earlier stages is just illustrating the concept: What they’re really trying to do is be able to communicate quickly and effectively what their ideas are. Those ideas will mature and change over time, but just having a name, having even a logo, or having product illustrations or having a site up—you’re just trying to create a brochure for what lives in your brain, however that’s expressed. In the early stages, you just want to communicate effectively and efficiently and that’s going to be useful getting into bizMIX, and useful bringing in team members, and in looking for investors.

As a mentor, what have you observed to be the biggest challenge for participants?

Finding your business structure, how you’re going to actually earn money is universally the entrepreneur’s challenge. It’s expressed in a certain way in this town because the businesses tend to be altruistic or have an altruistic component… that’s a great statement about our town, but it presents a unique challenge. Finding how those ideas [become] income positive is universally the issue I would say, and at the early stage, you don’t need that, you need to express the idea coherently and express what inspires you, what the vision is. But as soon as you get past that, you need to start grounding yourself. Anytime you’re doing one of these projects, the real investment is [in] your time and energy… it could be that the idea you had, as beautiful as it is, isn’t the one you want to invest your life force into—it could be it’s the next idea. Let it fail: if it doesn’t have legs, move onto the next idea.

What’s your favorite part of bizMIX?

I really love the idea of growing an entrepreneurial ecosystem. I was helped a lot by bizMIX when I wanted to jump into that start-up world. I’m more than happy to participate as a mentor because I really believe that it does a tremendous amount of good for the community to have a safe space to throw their ideas against the wall and see if they stick. The more you have, the more floats to the top. But mostly you have to have a space where it’s safe for people to fail—if every business has to be a winner, people will be hesitant to try.

Applications for bizMIX 2019 will open March 21. 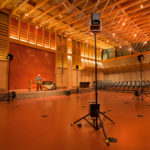 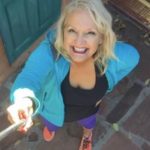 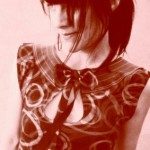 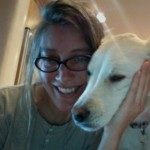 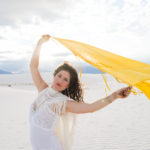 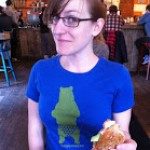 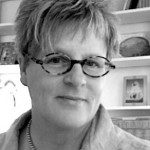