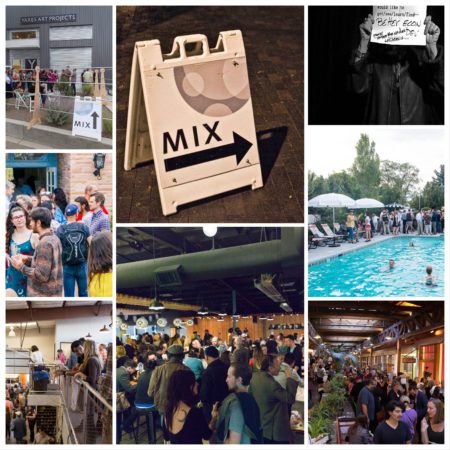 After 10 years in Santa Fe, it’s time to say MIXout. We’re putting on our flight suits and calling “mission accomplished,” at least for MIX business as usual as we’ve all known it.

It’s been a significant and transformative honor for the MIX Team to steward the community will, energy, and creativity that have manifested through and in partnership with MIX. The human connectivity, the generous sponsorships, and, ultimately, the talent that has supported this shot-from-the-hip community initiative for the past decade has revealed the best of Santa Fe. And, incidentally, shown that networking doesn’t have to suck.

We came together to play and to work on making Santa Fe a more vibrant place. We didn’t expect that we would keep doing it for a decade. Nor did we anticipate the juju that convening the community would bring to framing ideas on how to improve our city. We are incredibly proud of the extraordinary people we’ve been able to work side by side with in inspiring thousands of individual relationships, create a supportive community of businesses, and illuminating Santa Fe’s capacity and ingenuity in profoundly impactful ways. It all started with a simple idea of developing and retaining talent.

In 2008, a networking event organized by Lacie Mackey and the Santa Fe Chamber of Commerce brought the MIX moniker into Santa Fe’s imagination. The event empowered a group already energized around the City of Santa Fe Economic Development Department’s “Talent Retention Task Force” conceived of—and led by—Kate Noble. Collectively, we saw a way to put into action a primary concern we had been gathering around: How do we keep talent in Santa Fe and how do we attract more? Especially as a housing market collapse and recession appeared to be imminent.

On November 19, 2009, MIX Santa Fe was truly born. It began with an epic networking party, hosted with aplomb and vision by Jenny Kimball and La Fonda on the Plaza. Jenny was sick of downtown Santa Fe feeling like a void for younger Santa Feans and wanted to see some fresh faces feeding the fires at La Fonda. A lot of voices contributed to making that first MIX a success, including artist Tony Abeyta and other passionate Native voices, whose history, identity, creativity and hard work are directly responsible for making Santa Fe the international destination that it is. Native Americans and our regional Puebloan progressive proletariat peoples are the OG talent pool for Santa Fe and still the gold standard of wisdom and practice we all seek to uphold.

At that inaugural MIX, Santa Fe architect Barbara Felix talked about her decisions in remodeling the portion of La Fonda designed by pioneering architect Mary Colter, DJ Prairie Dog dished up the dance steps, photographers Kate Russell and Anne Staveley projected images of awesome Santa Feans on the wall, La Fonda provided incredible food and drink and we asked a couple of simple questions of people attending. A community development model was born.

By the second event, we had a more pointed question: “What’s the fucking problem?”

If you were alive and culturally active in Santa Fe in 2008, you knew there was a fucking problem. And we had a hunch that activating people around identifying challenges and creating solutions was critical to that talent retention and attraction goal. We even incentivized the best solution—$200 bucks to the winner. The problems people identified were nightlife, transportation/connectivity and a host of small snarls like not enough good coffee shops and professional opportunities.

That $200 went to Shannon Murphy who formed the After Hours Alliance and the AHA Festival and its offshoots, Art of the Machine and String of Lights Holiday Market. And if you look around Santa Fe today, those same challenges feel mostly solved or a lot less acute. We may not have a public transportation gondola yet, but we’ve got an impressive trail network that can spit you out next to an ecosystem of cool cafes. The city itself is far better networked through individual, organizational and professional connections. And Daniel Werwath’s persistent hell-raising over housing is finally waking up the community to some hard truths.

For a decade, MIX has been a platform for Santa Feans to identify the thorniest problems, the most pressing needs and to voice support for action around the biggest ideas and the boldest solutions. Much of the work of empowering the vision of Santa Feans has been through supporting start-up companies. The bizMIX program has shepherded 98 businesses through eight cohorts and awarded close to half a million dollars in cash and resources to those businesses, many of which are thriving today as important job creators and keystone entrepreneurs in today’s Santa Fe.

Other highlights have included being featured by CNN as a bright spot in a bad economy, engineering the RE:MIKE neighborhood prototyping event––which led to the adoption of the LINC zoning overlay––and taking MIX to Ciudad Oaxaca, Mexico and proving the model can work not just in other cities, but in other countries. One of our core suspicions became a visceral truth in Oaxaca: There’s incredible power and potential in the simple act of making space to ask people questions about their community.

In Santa Fe, that space was often created in underutilized venues, in an attempt to give Santa Feans an introduction to hidden gems, real estate opportunities, new businesses, different parts of the city. MIX illuminated the enormous assets which were often less recognized or celebrated than others. The diversity of places and people and enthusiasm for 10 years of regular events has been genuinely demonstrative of the dynamism possible in our community.

MIX shaped an innovative model of human centered economic development that was at the forefront of national efforts to grow grassroots economies and move away from the formula of large-scale recruitment. For years, MIX informed the economic efforts of the City of Santa Fe, and along the way, inspired offshoot efforts in Albuquerque, and was honored with an award from the “Innovations in Government Program” at Harvard University. That focus on talent retention and attraction? It’s the hottest thing going in economic and community development around the country these days, even if Santa Fe still resists going all in.

We haven’t always been successful. Changing venues, sponsors, and recruiting new talent for every event, while constantly navigating arcane rules both the state and city impose around alcohol and jumping through hoops to appease the arbitrary whims of bureaucracy–these things take a toll after awhile. Santa Fe is not always the most intrinsically interactive or navigable place–and city government can feel especially intransigent. But the people who have shown up for MIX, the people who have launched businesses and weighed in on important issues–all of you–have helped to demonstrate to the city the value in experimentation, playfulness, inquisitiveness and storytelling.

And we’ve been privileged to craft and evolve this model of community development, this praxis of participatory community. Here are some of the core tenets that have made it work:

What are we doing to do with this wisdom and this powerful process, that are somehow both hard fought and gifted, now that MIX is hanging up its event and start-up spurs?

You’ll be the first to know, we promise. 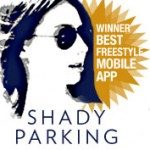 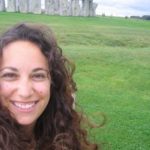 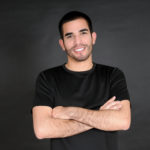 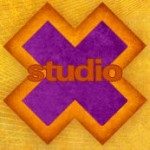