Affordable housing has always been a key focus for MIX Santa Fe given its importance to our constituency, and to the city as a whole. The Siler Yard: Arts + Creativity Center is an opportunity to not only add 50 new desperately needed affordable units, but ones that were designed with community input, particularly for low-income creative entrepreneurs.

And now the project has gone green.

The transformation began in the fall during a MIX event, when Daniel Werwath, a MIX cofounder and COO for the New Mexico Inter-Faith Housing Corporation, one of the partners for the Siler Yard project, began a discussion with Positive Energy Solar Business Development Manager Karen Paramanandam about the prospects for incorporating solar energy into the project.

With the cost of solar panels having come down significantly in the last several years, it soon became clear to Werwath and other partners in the project that Siler Yard, already leading the way in innovative design, also had the potential to be net-zero for energy consumption—meaning it will produce as much power as it uses.

“The idea is you size your HVAC components and other things so that you can fit enough solar panels on your roof so you can offset your entire energy consumption,” Werwath says. Doing so, he notes, “adds back so much revenue on the operating side that it allows us to ask for less subsidy, and that makes us most likely to get funded through federal Low Income Housing Tax Credits.”

In advance of applying for those funds in February, Werwath and other partners have launched a net-zero funding campaign dubbed Net-Zero Neighborhoods. “We’ve had some really great responses,” he says, with contribution commitments already more than $350,000. “It grew the pool of philanthropic people for this project,” he says, “and opened up new funding sources.”

The project had initially planned to employ net-zero energy use in its early phases, but changes to the state funding formula—which essentially eliminated scoring points for green building—set the plan back. Now, with the price of solar more in reach, and the enthusiasm from funders for the net-zero component, Werwath anticipates requiring a significantly lower subsidy from the state, which will strengthen its chances of securing the $8 million in required subsidy funds.

From the start, the Siler Yard has been a very different type of affordable housing project. Its focus—on low-income artists from diverse backgrounds—is not the norm for affordable housing units. The development process—which has been community based and involved scores of Santa Feans contributing ideas and suggestions—was crucial but also added costs. The fundraising also is requiring innovation.

“There’s no history of philanthropy around affordable housing,” Werwath says. “It’s not something that’s normally necessary unless you’re trying to do really innovative stuff.” In addition to the obvious environmental benefit of turning the Siler Yard into a net-zero development, doing so “also turns out to be a great way to help fund the overall.” Donors to affordable housing also are eligible for a New Mexico Affordable Housing tax credit.

For more information on the AC+C’s net-zero fundraising campaign: http://sileryard.org/support/

To make a donation: http://sileryard.org/donors 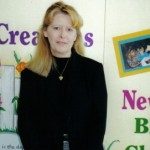 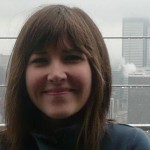 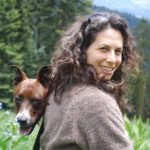 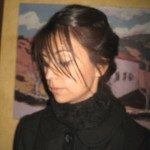 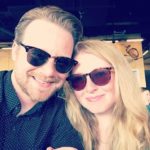 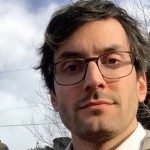