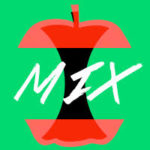 Vivác Winery is the creation of brothers Jesse and Chris Padberg, along with their wives, Michele and Liliana Padberg, respectively. In November of 1998 Jesse and Chris embarked on a new mission “to make the best wine possible and have a good time doing it!” This meant professionally crafted, world-ranked, dry red wines-a first for New Mexico.

Jesse and Chris found inspiration in France and Italy, and were especially drawn in by the Old World wine culture, where winemaking is a dance between art and science. The brothers began reading every publication they could find about grapes, winemaking, and the world of wine. Though extensive travel around the world and mentorships with other local winemakers, they learned about the wine business in general and more specifically about the wine business in Northern New Mexico; “At every turn people were there to help us out” say the brothers.