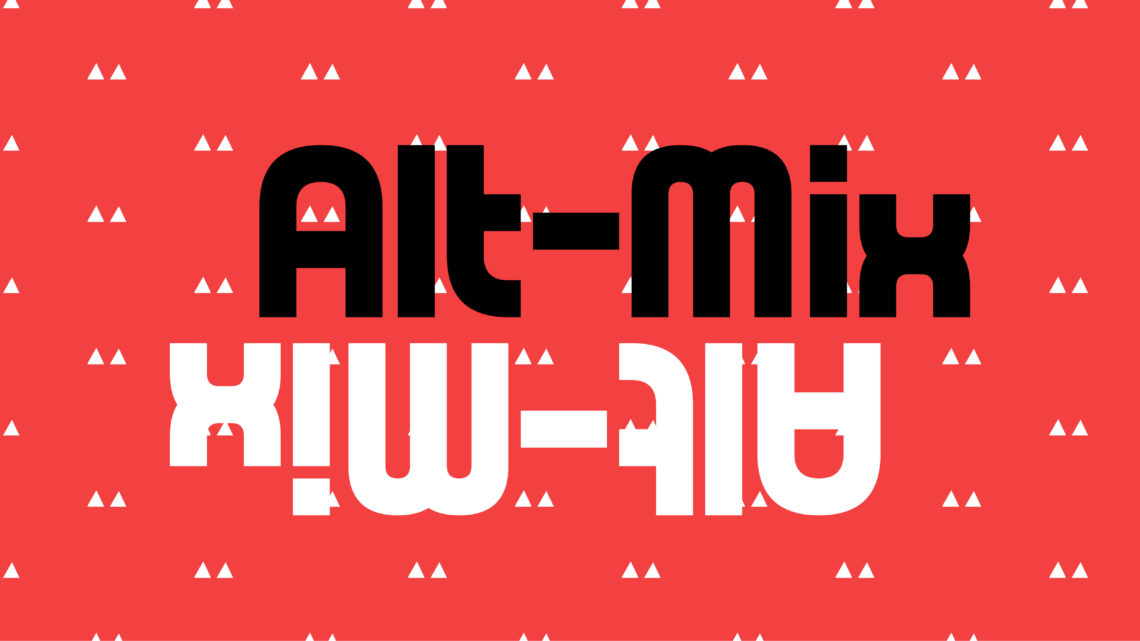 It’s a surreal September in surly ‘17 but there’s plenty to celebrate in the City Different. And locals know that September is the right time to get downtown in the night time.

Alt-MIX invites you to shift perspectives and empower the populace toward the pinnacle of our progressive potential.

And you can learn how to spice up your flex life by learning more about flexible live/work options at the new El Camino Crossing mixed use development from Homewise.

Autumn’s liminal light will linger along the walls of the incredible downtown courtyard at the inspiring IAIA Museum of Contemporary Native Arts and be joined by the shimmering sonic shamanism of DJ 13Pieces (Justin Ray).

Bonappetit will bang out benevolent bites as a courtesy to all alt-MIXers and the Jean Cocteau cocktail concern with caress your cravings with a sumptuous Santa Fe Mule–a mad marriage of Angel Fire Vodka and Zia Energía–courtesy of event sponsors, PNM.

You’ll also be able to barge your way into big prizes with an unexpectedly boss bingo board.

Fab photography will be by Kerri Johansen
Daring design done up by Callan Ramirez
Soak up the super sponsors of bizMIX with voracious video effects by Gabriella Adelāi Léger-Lovato–these are businesses, organizations and agencies that provide cash and resources to help build better bolder businesses in Santa Fe.

Let’s leave some local love at MoCNA, stand with #JenniferMarley, and bask in the badass and benevolent businesses that have made it all the way through this year’s bizMIX.

Bonus points for reading the whole invite: Show up at 5 pm to watch the bizMIX awards…and a history lesson on cultural context:

Alt- as a combining form that signified risk-taking and a challenge to traditions with a genre can be traced back to the early days of the Internet, when alt was the preferred prefix for the classification of Usenet newsgroups such as alt.usage.english. These newsgroups were created as an alternative forum to preexisting mainstream newsgroups, and they left alt- with a connotation of edginess:

In the taxonomy of contemporary music, “alt” can stand for more than “alternative.” For sure, the prefix is commonly used to signify a deviation from a genre’s traditional aesthetics: alt-rock, alt-country, alt-jazz, alt-folk. But “alt” can also mean “anti,” and I know of no instance so extreme as the one of “alt-cabaret,” a genre that has become a sensational vogue in London over the past several years and has recently emerged in New York to attack the entrenched performance traditions of the Great American Songbook. —David Hajdu, The New Republic, 11 Apr. 2013

Alt-R&B is very much in vogue these days….The three-letter prefix “alt” denotes not only musical experimentalism and modernity in the decades-old genre, but also signals a broadening of the demographic of people who make (and possibly intake) it. —Caleb M. Lewis, The Harvard Crimson, 27 June 2014

How do you feel about the job opportunities in Santa Fe?

What would it take to create more job opportunities?

What made you come to this event?

How many MIX events have you attended?

Tell us your age bracket--it helps us!